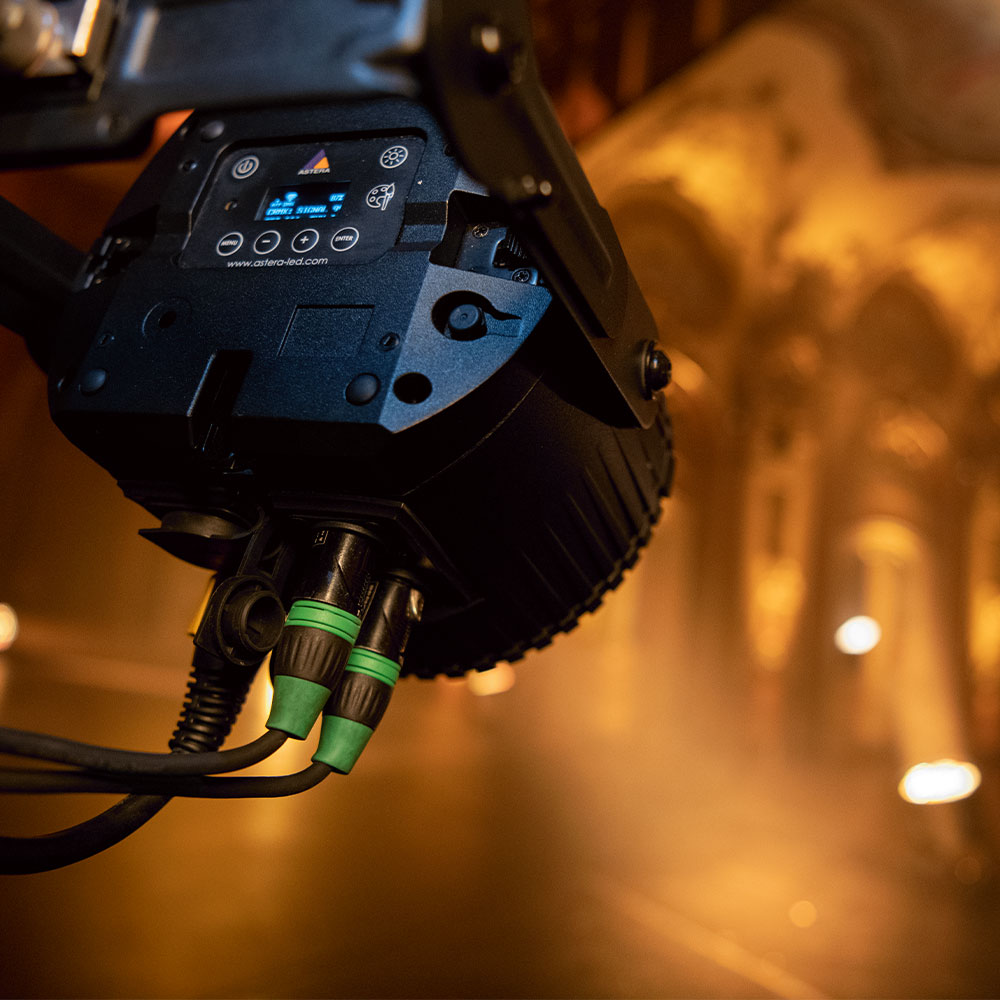 Astera has launched the AX9 PowerPAR

Billed as ‘a high-intensity, rock-solid, all-purpose everyday LED lighting fixture with all the advantages of Astera, including battery operation, wireless control, and quality engineering’.

AX9 is the ‘big brother’ of Astera’s successful AX5 TriplePAR. AX9 is bigger, brighter and benefits from all Astera’s latest innovations, like the Titan LED engine, an optimised bracket with Airline Track, a Titan-style keypad for fast and easy local control and direct control via the versatile AsteraApp.

Effectively it is a three-in-one solution. Offering a wireless PAR light source that can also be run as a wired PAR for longer-term installations and an elegant up-lighter, with the fixture’s 105 Watt output offering over 3000 Lumens of beautifully homogenised light.

Being wireless, AX9 can be used anywhere – on set, onstage, in the studio or on location – and at short notice, quickly deployed as and when needed.

The benefits of Astera’s outstanding Titan LED engine include its high CRI and the wide range of tuneable colour temperature whites, plus that rich and diverse gamut of colours encompassing the whole spectrum.

The inbuilt battery offers up to 20 hours of reliable runtime which can be programmed to maintain optimal output over the designated period. Direct control via the AsteraApp removes the need for an AsteraBox, further optimising and making setup simpler.

The keypad on the rear has a logical and easily navigable menu resembling the Titan Tube layout with dedicated buttons for quickly adjust colour and brightness.

Wireless DMX is available utilising LumenRadio’s CRMX technology, and for wired options, there is a choice of Powercon and XLR connectors on the rear.

The AX9 unit can connect to a smartphone or tablet via Bluetooth and can then act as a transmitter, sending the radio signal to other Astera fixtures.

The main applications will be for film and television productions, stages and concerts and all indoor and outdoor events.

Astera sales & marketing director Sebastian Bückle states, “The AX9 is Astera’s best value for money light right now with twice the output of the AX5 and only 1.5 times its price, featuring cinema-grade light output and tons of premium features to make daily lives and usage even easier. We are expecting this to be very popular.”