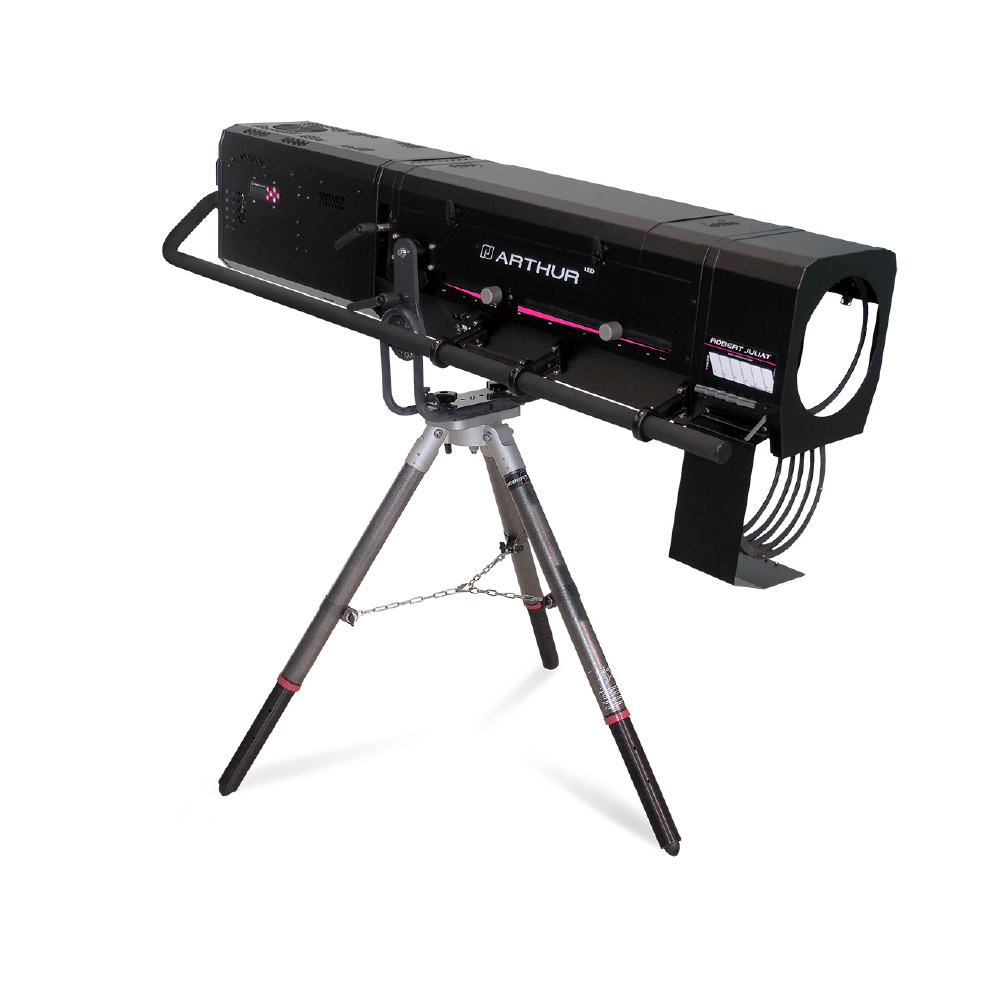 Robert Juliat is excited to announce the launch of Arthur, its new 800W LED Long Throw followspot capable of matching the lumen output of a 2500W HMI RJ Aramis followspot and delivering up to 29,000 lumens. This eagerly-anticipated move marks the arrival of the LED followspot the industry has been waiting for – one that opens up the use of LED followspots into large venues such as opera houses, musical theatre and live music venues, concert and touring venues, both indoors and out.

Arthur’s powerful LED engine, narrow beam angle (5.5° - 15°) and long-throw capability, ensures invincible performances with a minimum output of 2000 lux at a distance of 40m (200fc at 130 ft), while offering premium light quality with a high CRI (>90) - an essential feature for a followspot whose main role is to shine a light on performers in the most sublime way possible.

A smooth flat beam with no hot spot is teamed with excellent gobo projection, sharp focus at every beam angle and independent control of image size and focus, thanks to Arthur’s variable zoom optics featuring a 3:1 beam ratio.

The electronic dimmer ensures smooth, high quality dimming without clipping or cut-out at low intensity levels, and no shift in colour temperature.

Power consumption is minimised, not only by the lower power requirement of the LED source, but also because it can be switched off when inactive, unlike discharge sources which need to run constantly throughout a show.

With the choice of several ventilation modes and silent-running cooling fans, Arthur is much quieter than any of its discharge rivals - Arthur can rule as easily over opera houses as TV studios or concert halls.

Arthur represents the next step in Robert Juliat’s development of top-class LED followspot fixtures, which began first with the 300W LED Roxie, and then the hugely successful 600W LED Alice and Oz, the first professional LED followspots capable of matching the output of conventional 1200W discharge units.