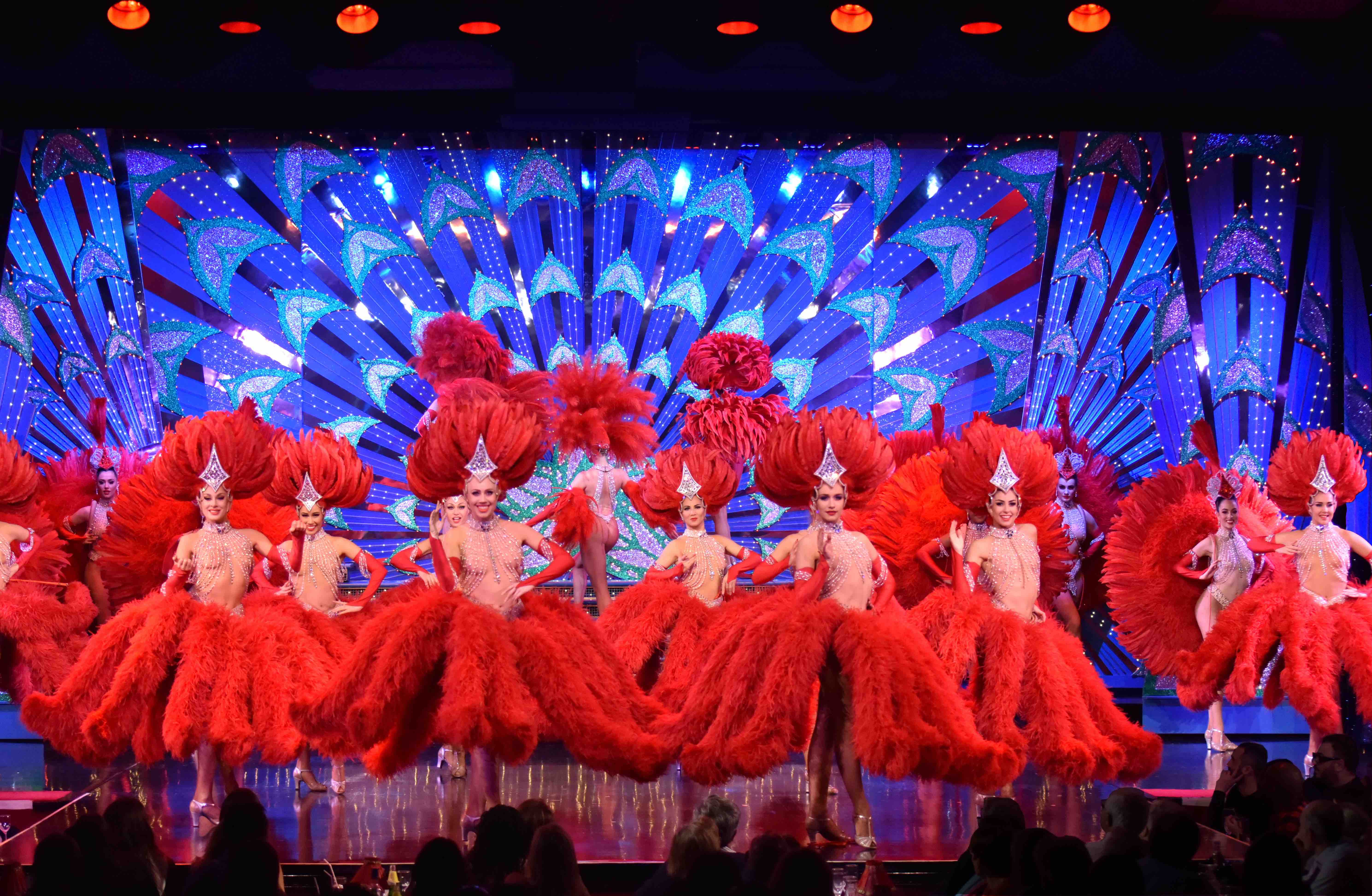 Le Moulin Rouge, the famously emblematic cabaret of Parisian nights and entertainment since 1889, recently renewed its followspots and chose Alice, the latest in Robert Juliat's generation of LED followspots.

Three new Robert Juliat Alice 600W LED followspots have recently joined the iconic Moulin Rouge revue, Féerie. This show, which has been on the bill for 19 years, tells the story of the Moulin Rouge over two hours of amazement and spectacle, mixing dance scenes and variety acts. Every evening, a dream world is invented on stage with 60 artists, 1000 feather costumes, crystals and sequins, exceptional performances, sumptuous sets and original French music, not to mention the famous French-cancan.

Le Moulin Rouge has a unique atmosphere that appeals to both Parisians and visitors from all over the world, with 600,000 spectators annually and two performances per evening, seven days a week.

Robert Juliat’s Alice followspots have found their place in this legendary venue, installed on a technical bridge, from where they cover distances of 15 to 30 metres across a 30m wide stage. Chosen for its low energy consumption, excellent beam quality and colour temperature, Alice is also ideal for its operators who really benefit from its ease and comfort of use. This LED model gives off much less heat than older, conventional models – a very valuable quality to ensure they perform at their best for four hours a night.

Supplied by Alterlite, one of Robert Juliat’s French distributors, these new LED Alice followspots also meet the aesthetic expectations of the venue’s technical teams, as confirmed by Christian Bréan, lighting designer at Moulin Rouge: "I was very confident during the tests in comparing our old Lucy 1200W discharge units with the new Alice LED followspots, and I see today that we made the right choice. The uniformity between the three Alice followspots and the light output remain constant over time. This is essential for a show like Féerie where we highlight three soloists on stage throughout the review. With the Alice, the relationship is very balanced between the three artists.”

“2019 is a great year for the Moulin Rouge and Robert Juliat, who are celebrating their 130 and 100 years respectively,” says Robert Juliat CEO François Juliat. “This is proof that we can be a hundred years old and be part of modernity. Thanks to new technologies we remain eternally young!”