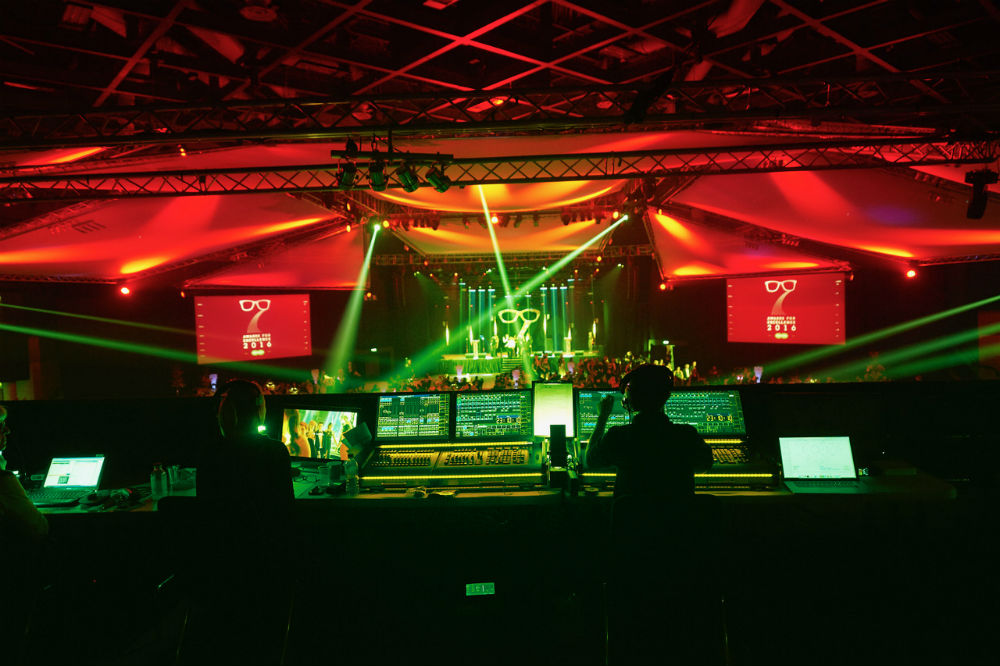 DMX Productions’ Managing Director, SJ Grevett is the first to admit that he is something of an MA control newbie.  “We were looking to expand our control inventory and, as MA control is requested on all our major rock ‘n’ roll gigs, it seemed the logical choice to investigate further.  I was completely unfamiliar with the MA system having spent years working with other boards but within thirty minutes of the grandMA2 Command Wing arriving at my door I had it outputting art net and talking to our media servers via CITP, something that has caused considerable headaches with other boards. I just love the desk.”

SJ’s contact at MA Lighting’s UK distributors Ambersphere Solutions was sales manager Thor Andrè Saether.  “The first Command wing and fader Wing DMX Productions bought was DMX’s first real encounter with grandMA2 control. Talking to SJ over the next couple of days, it was clear that he was getting on well with it. And despite not having had any training yet, he was already doing some pretty advanced stuff with it. Still it was a bit of a surprise when just a couple of weeks after receiving his first system he called and ordered a second system.”

“A couple of us went down for some training with Ambersphere which was really helpful even though we had already done some shows by then.  I was well and truly converted,” declares SJ.

The systems are housed in bespoke flight cases specially designed by DMX. “We get the flight cases manufactured in Poland and shipped over.  It means we have a custom built set up that is as near to a full-blown console as you can get.”

Seather was equally impressed, “I got the chance to look at the flightcase set up when I delivered the second Command Wing system.  With built in UPS, variable angle touchscreens etc…they make a very impressive system.”

SJ’s conversion to MA has continued apace as he opted to add to the two Command Wing and Fader systems by ordering an MA Switch. “I had been looking to overhaul our infrastructure setup for a while. Although the MA switch was not the cheapest option in its class, Thor assured me of the backup and support available via MA for it and that was a deal clincher. We could have achieved the same end result using industrial cisco switches at a fraction of the cost but having something that’s pre-configured and specially tailored to our industry means you don’t have to be a networking guru to tech and that ultimately could be vital if we run into issues on a gig.”

“Our experience of investing in MA through Ambersphere Solutions has been an exemplary one,” concludes SJ.  “The support and after service has been great and certainly influenced our decision to invest in the MA Switch.  We will definitely be a returning customer before the next touring season kicks off.”