Ambersphere supports training and education with the dot2 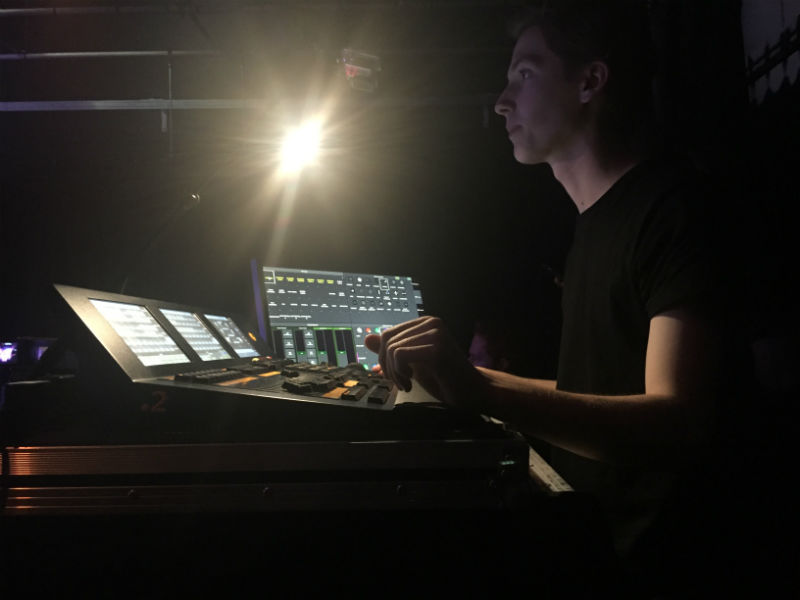 Forming part of University of Surrey, The Guildford School of Acting aims to teach students the fundamental skills that will enable them to make a career in the performing arts industry. GSA’s courses contain a mix of theory and practical work giving students the chance to hone their skills while allowing time to critically reflect on their work in a professional working environment.

GSA prides itself on offering the very best vocational courses, so when Mig Burgess, a technical theatre tutor, attended a free seminar at the 2016 Olympia PLASA show for the new MA dot2 lighting console, she was very impressed. The desk was exactly what Burgess had been looking for, as she explained:

“I’ve always wanted to let my students practise with the MA platform, but MA2 consoles are a little beyond our budget. The dot2 solves both of these problems, as not only is it a financially viable option but it is also simpler for a novice to access. It also gives our students experience using  MA protocols which gives them a foothold to go on and explore the possibilities of MA consoles when they graduate.”

After the PLASA seminar, Burgess booked a training session with Thor André from Ambersphere Solutions who visited GSA to give a group of second year students a chance to get some hands-on experience using the new desk. Andre says, “Mig had been looking for a new lighting console for a while. We had been talking about the grandMA2 Light but after attending the seminar at PLASA, the dot2 was firmly on her radar. After PLASA I went down to GSA with some lights and a console and spent a few hours training the students. As they were in the middle of a concert lighting module at the time we decided to leave the equipment with them in order for them to use the dot2 in their project.”

Michael Fox, a second year Performance Technologies & Production student, who attended the dot2 training session, shares his thoughts about the session: “The training session with Thor was really useful and tailored to the skills set of the group. It allowed us to get a feel for the new console and see what it could do. Everyone in the group learnt a great deal, regardless of whether they had used an MA lighting desk before.”

Fox and his group, which consisted of fellow students Piers Illing, Sam Bird and Sam Lennox went on to use the dot2 in their concert lighting module, as Fox explains: “The event was a practical module that assessed our ability to organise and manage lighting at a live event. The project focused on intelligent lighting, allowing us to compare the different design and programming styles between live events and theatre. The dot2 allowed us to build large complex states quickly and efficiently. The simplicity of interacting with the fixtures and the information screens allowed us to work faster without needing to navigate loads of different screen layouts and menu screens.’

‘One of our favourite features on the dot2 is the ‘staggered-lamp-on’ command for the intelligent fixtures. It makes sure that we aren’t using too much current when rigging in the small venue. We’ve also found the ‘oops’ button very useful as it can undo any programming mistakes as far back as needed. This helps us greatly as some of us are still new to the kit and from time to time need to ‘oops’ a large chain of commands. Our experience with the dot2 has been great and filled us with confidence in the capabilities of the desk. Everyone in the group would like to work with the console again as it was a brilliant learning experience – and we got to play with lots of lights!”

The dot2 proved to be such a hit with her students that Burgess has placed an order for a dot2 XFL. She did this even before she returned the borrowed console to Ambersphere. As André concludes, “It’s really satisfying to see such a successful outcome from one of our PLASA dot2 training sessions.  We are offering more sessions at PLASA Focus in Glasgow on 18th and 19th January.”