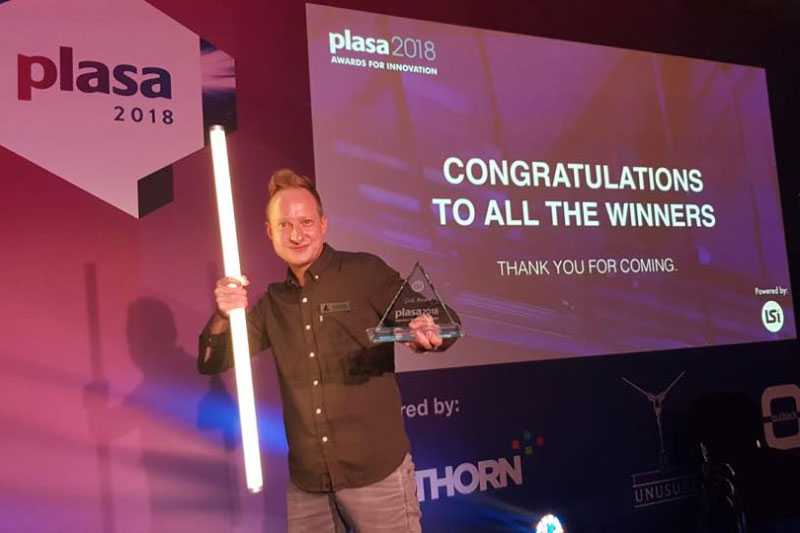 Titan Tube, which also won the PLASA Gold Award for Innovation, is a battery powered linear light tube that can be pixel mapped and controlled via its backside display, wired and wireless DMX or via and an app. It’s a high-end version of the original Astera PixelTube that has been specially re-engineered for the film industry.

With 72W of total power that can be used for up to 20 hours, TitanTube offers a combination of Red-Green-Blue-Mint and Amber LED chips that produce a CRI/TLCI between 96 and 98. It also has a boost mode which allows it to almost triple its output for just under two hours.

Titan Tube comes with a large range of mounting accessories as well as a new charging and transporting case featuring the PowerBox: a removable power supply that also transfers data for DMX control and longer installation.