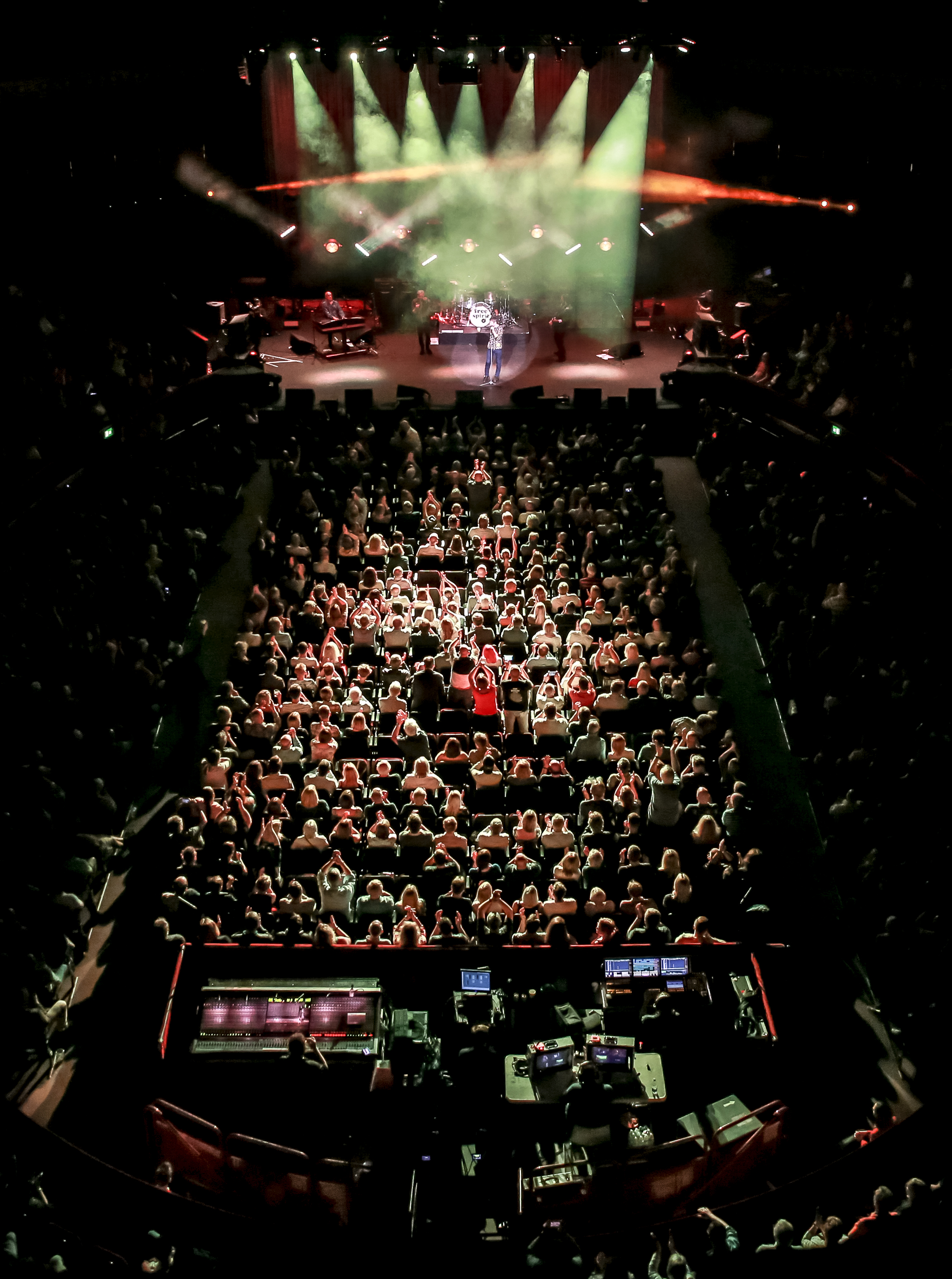 The Ian Livie Concert & Corporate Lighting has been in business long enough to need little introduction.  Livie himself has been part of the industry since the early 80’s and through to the 2000’s when he established professional premises that now form the headquarters of his successful rental company that have the likes of Katy Perry, Little Man Tate and Paul Rodgers on its client list.

The Free Spirit Tour of 2017 featured a minimalist rig of moving light and Leko fixtures with video content on Resolume.  Both Ian Livie himself and LD Jared Trinnaman are committed MA Lighting control aficionados.  Livie took the investment decision to buy into the grandMA2 legend.  “We’ve had the pleasure of using MA products for many years; there has always been a high demand from mainstream designers so MA makes a very regular appearance on a specification list.  I had worked with Warren Cracknell for many years on Joe Bonamassa, the US blues guitarist so when he discussed the option of working with Paul Rodgers on the Free Spirit Tour I knew I had to invest in a console I was confident would stand the test of touring time both now and into the future. The LD, Jared Trinnaman felt the same way; I saw the show at the Royal Albert Hall and was so impressed with what he did with the console.”

Trinnaman himself had already invested in MA control, “I’ve been an MA user since 2012.  It was suggested to me by designer Paul Guthrie and I’ve never looked back.  I personally own a grandMA2 OnPC Command Wing and, if I’m not using it, it is out on rental.  It has been a fabulous purchase from that perspective.’

‘The best feature of the MA2 is, in my opinion, the flexibility for the programmer,” continues Trinnaman.  “From the graphic user interface, to layout views, and macros... as the LD I can set up the console for exactly what I need for that particular show. I may need to see a different set of views than the last show I did and the software allows me, as the user, to set up my views any way I want. Need more executors on a screen? A stage view? Hard DMX output numbers? Whatever you need, it is probably available. So much is available for you to utilise in the user interface, that I would be hard pressed to find something that the MA2 was NOT able to show me. We were able to execute lighting cues and keep track of everything by displaying the information pertinent to our show.  We triggered the video content on Resolume using the MA2, via Artnet. It worked great; I love the combo of Resolume and MA2.’

‘For our Free Spirit shows, we had four separate kabuki drops during the show. I was able to build macros and layout views that would pop up at automatically at the proper moments. The cue would come up, and suddenly ALL of my screens would change to a screen with a giant icon to press to activate the proper drop... and those same buttons would automatically take me back to my show view as soon as the command was executed correctly! I was able to put that together in less than 2 minutes via macros and the layout view. The whole package is simply amazing... I have yet to use another desk that is so flexible to accommodate the programmer's specific and personal needs.  Of course, another bonus is the reliability factor.  I have had zero issues with the grandMA2 on that front.  Any time I thought I was having problems, it turned out to be operator error!”

This was Trinnaman’s first visit to the UK and he is full of praise for not only the equipment but the service provided by Ian Livie Lighting.  “Ian and his staff were amazing! This was my first time working with Ian and I sincerely hope to work with him again very soon.  The crew, Luke, Alan and Lewis were absolutely on point every day. They made it a wonderful first tour in the UK for me!”

Production manager Warren Cracknell is in full agreement, “We are completely satisfied with Ian and his team. From concept to design and executing the rig on the road, they excelled at everything. I have been working with Ian Livie Lighting since 2004 and will continue well into the future. A great team of hard working individuals that excel at their craft.”

And Livie himself? “This was a fabulous tour and the choice to use the grandMA2 was a definite winner.  So much so that, shortly after Paul Rodgers Free Spirit tour, I opted to purchase my second grandMA2.”